Autopoiesis: the origin of complex thought

On the origin of thought

I haven't written one of these for this article yet.

The complexity of our world determines the complexity of our actions. Simple enough to say, and perhaps to understand on the surface, but the implications are quite incredible. It explains, quite straightforwardly, the fundamental principles that drive complex 'thought'. And it all hinges on one concept: autopoiesis.

Let's begin by considering the single-celled bacteria, E. Coli. E. Coli lives in a very simple world, comprised only of different chemical concentration gradients. As such, its repertoire of behaviour is similarly tiny. It can either wiggle its flagella to move forward, or it can tumble itself into a random, new direction. The bacteria can either go, or go in a different direction. Two actions.

The thing that determines the bacteria's behaviour is the concentration of chemicals in the solution it inhabits. E. Coli will move towards nutrients like glucose, or away from toxins like phenol. The reason for this is that the event (encountering one of these concentration gradients) has affective value or ‘valence’–it’s either good or bad; positive or negative. E. Coli moves toward the good, and away from the bad.

Flowers are another excellent example. Many flowers, like sunflowers, move in order to maximise their position in relation to the sun; a property known as phototropism.

Again, flowers must have organs to perceive and act. In some cases this property appears to be purely mechanical, but phototropism can be quite complex, involving multiple signalling pathways, photoreceptors, and hormones to coordinate differential growth gradients. Even in the relatively static world they live in, flowers seek out the good and avoid the bad using their organs of perception and action.

The concept that best captures this quality is known as autopoiesis. The authors of the concept, Matenura and Varela spoke of 'unities', transformations and regenerations, but in the domain of living organisms, we might understand it better as any organism subject to an evolutionary pressure to survive and reproduce: organisms seek to attain states that support survival and reproduction, and avoid that which might obstruct those states.

In this effort, perception is key. The ability to perceive determines an organism's sensitivity to the environment, and prompts the available actions in response.

In the relatively uncomplicated world of the flower, or of the single-celled bacterium, the good and bad states, the perceptions to sense those states, and the actions required to manage those states are simple. Indeed, because the world is so simple, the actions are quite specific indeed. There is nothing to do but move away from a toxin for a bacterium cell. There is no need to have a larger repertoire of actions. It would be quite unnecessary for a cell to learn how to change the chemical make-up of the solution it lives in, or construct a shield to protect it. No need to sense the future, or remember the past. No. It simply needs to move in a different direction.

This fact—that the environment specifies the actions available to an animal was described by James Gibson as affordances—perceived action possibilities. The limits of our body, in combination with certain stimuli or events in the world naturally afford certain opportunities to respond.

At any given time, to seek out the good and avoid the bad, an organism will have only a few actions afforded to them and these actions are determined by the environment.

When encountering higher concentrations of a nutrient, for example, the bacterium's action affordances are halved—its flagella will only keep it moving forward. When encountering higher concentrations of a toxin, similarly, its flagella will only permit a tumble. From two actions to one based on the environment.

In the case of bacteria these states are very basic, as are the actions afforded to it–a perceptual impulse that produces an approach or avoid response. For flowers, it is the impulse to seek out the sun, or perhaps avoid it. These responses are shaped by evolution and scaling these evolutionarily specified actions up is fairly easy.

In larger animals, this simplistic perception-action combinations are thought of as reflexes and instincts. The basic, thoughtless actions all animals engage in to seek out the good and avoid the bad.

We could, so far, hardly call any of this 'thinking'. It's all simply perception and action. Sense and respond.

But at a certain level of sophistication, actions are shaped not simply by automatic responses to the environment, but also by an organism’s experiences of the world and its needs. More complex organisms live in more complex worlds, and evolving a reflex to handle every possible event becomes impossible. Their affordances must be flexible enough to handle complicated circumstances and their perceptions must be more complex also.

The honey bee, for example, has a foraging range of about 3 kilometres from home. A clumsy calculation puts that as the human equivalent of the entire United Kingdom. 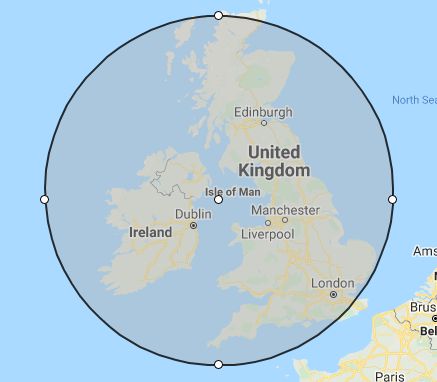 A honey bee must then create a sophisticated and complex system of navigation. A flexible method of mapping the world, and targeting forage to bring home. It needs to communicate its findings to other bees. Then go out and do it all again. The bee's world is far more complex than the bacterium's world. Its repertoire of behaviours is larger. Its affordances are more complex. And this possibly explains why honey bees can count, and solve other abstract problems.

Now we have moved from reflexive behaviour determined simply by the concentration of the chemicals in the water, to a need for a model of the world to achieve autopoietic ends. The bee must be able to hold in its head, the information that over there we might find food, but in some other place, the food is all gone. It's perceptions move from simply detecting the world around it, to remembering the state of the world in the past.

It is on this basis that some have argued honey bees are conscious. As Thomas Nagel, 'there is something like it is to be' a bee.

Whether that's true or not, it's certainly clear that the bee has far more complicated perceptions and actions than the bacterium. These are in response to a more complex environment, and geared toward the satisfaction of the autopoietic drive.

¶When perceptions and actions overlap, we have the emergence of thinking

Eventually all this complexity leads to conflict.

The most straightforward example of this is the Stroop task. Reading the word 'red' is much easier than naming the colour of the ink of this word: blue. We've introduced conflict. Two possible actions are available—naming the colour, and reading the word. But we only have a single mouth. So, the perceptions and actions afforded to us cannot happen all at once. We need something to arbitrate over the process. We need to think.

The cognitive process that solves this problem for us, that effortful experience of not saying the word so we can read the colour, is one of many quite poorly defined or understood executive processes. We might not know what they are, but they certainly are no longer the simple perception-action mappings that characterise things like reflexes.

There are other examples of thinking that emerge when the affordances which stem from complex autopoietic pressures grow more intricate. Return again to the navigating honey-bee. The generation of a model of the world is particularly useful when you can reflect on that model to solve problems. As early as 1930, and for the better part of the 20th Century, psychologists were obsessed with this capacity in rats. Rats, placed in a maze, seem to learn it without being coerced to with food or other treats. When food is placed in the maze, the rats will take the fastest route through the maze to obtain it. The rats have reflected on their model of the maze, calculated the fastest journey, and taken it.

This is an example of metacognition: thinking about thinking. Now we aren't simply arbitrating over competing perception-action mappings, we're arbitrating over similar mappings for the best solution.

¶Thinking, then, isn't so hard

Thinking, thus, appears to be simply a product of a complex world. A complex world creates complex states of goodness and badness. Many different kinds of good states, and many different kinds of bad ones. The environment affords us many kinds of actions to navigate these states. At some level of complexity, these may begin to compete. At some other level of complexity, these may begin to need the judgement of the best solution out of many possible solutions.

Most importantly of all, rats can do this.

Makes you wonder just how special humans really are, doesn't it?

There are over 2000 of us. Get the newsletter.
Read it first | Not working? | Privacy
Contribute to the site's upkeep by donating.