How being clumsy makes you better looking (according to psychologists) | btrmt.

How being clumsy makes you better looking (according to psychologists)

If you're anything like me (and here's hoping you aren't), then you might be delighted to hear that your inability to walk through life unaccompanied by the sounds of various clatters and clangings could actually make you look a little better looking in the eyes of others.

Are you clumsy? I certainly am. I type that while looking at my Mr. Bump coffee mug, carefully placed just so; close enough to reach when I want to drink; far enough that it won't suffer an early death courtesy of the throes of distracted arm-flailing that has destroyed so many things I once loved. If you're anything like me (and here's hoping you aren't), then you might be delighted to hear that your inability to walk through life unaccompanied by the sounds of various clatters and clangings could actually make you look a little sexier in the eyes of others.

Clumsy can be sexy

Elliot Aronson is one of the most well-respected psychologists in the field for his work on interpersonal cognitions (the thoughts that we have which relate to others). That's saying something, considering that psychology was dominated for the better part of a century by a group of people who believed that psychologists shouldn't pay attention to the 'mind'. In the course of his work, he introduced and refined a number of extremely influential theories (like the single most important factor that determines whether someone likes you). In fact, he did quite some work on 'likability' and found out that should certain circumstances prevail, your maladroit ineptitude can actually boost your attractiveness to others. 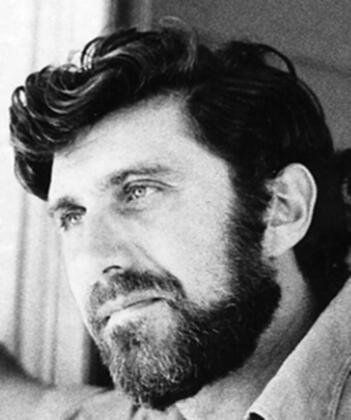 The gloriously coiffed hair of a man who probably had to look up what 'clumsy' meant before he could study it.

But only if you're competent

Essentially, Aronson noticed that if a person who was perceived as particularly competent, either at a specific task, or in general, committed some kind of inelegant act (his early work had the person spill a cup of liquid, for example) then people would rate that person as more attractive than a competent person who didn't mess up, and more attractive than an less competent person regardless of whether they messed up or not.

He called it the 'pratfall effect', a pratfall being an accidental blunder (because the 60's were a time of unnecessary portmanteaus, or maybe the word clumsy hadn't been invented yet) and the results of his studies were quite robust. But he didn't just find that a competent klutz was more attractive, he also found that a mediocre klutz appeared less attractive than all the rest. That's right, your overall competence (or one's lack thereof), literally determines whether your clumsiness contributes to your charm or makes you looks like a inept jerk.

You know, I think it was Confucius who said,

Never give a sword to a man who can't dance

And now we know why. Not just because grace is a prerequisite for sword-play but because we're not fond of participating in involuntary surgery with people we don't like. But why don't we like them?

Well, this goes back to the an overlooked concept: 'task-' or 'competence attraction', in which one's apparent competence in either a specific task (like being a genius at fixing computers) or more generally (like that one annoying friend who's moderately good at everything) has fairly profound, if understated effects on how much people like you.

In this case, it has been posited that the effect is due to our perceptions of liking and respect and subsequent social comparisons. Social comparisons are a thing we do constantly and have a big effect on our motivation and happiness. It appears that by making a mistake, respect for a competent person lowers slightly which makes them more relatable and thus more likeable especially since we already like them for their skill. But, for a more mediocre person, we can see ourselves reflected already so when their gracelessness is revealed, our brains try to distance ourselves from them.

Regardless of the explanation, it seems pretty clear that if you're ham-handed like me, it's about time you took up a couple of hobbies that you're good it. All of a sudden, you'll go from clumsy to cute... I guess it's a step in the right direction.